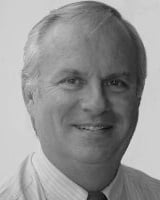 After reading Elliot Winer’s article, who is someone I've known for years, I thought I would share these docs (Edward Kennedy Letter, the first TEA Designation Letter) which we have kept since EB-5 was conceived as part of the Act in 1989-1990.

About a week ago, I was asked by an EB-5 practitioner why I thought EB-5 TEA methods had slipped into using census-shared or, excuse the expression, "gerrymandered" Census Tract arrays?  I told this fellow that Massachusetts and the INS (USCIS) had allowed this technique from before the Industry was accepted or recognized as a viable financial alternative by the investment community.

It looks like we in Massachusetts elongated (again, “gerrymandered") the Census Tract array from the very beginning for very good reasons. We did this in Boston in 1991.

Please notice the letter from Senator Ted Kennedy (who introduced the Act for consideration in 1989) showing the makeup of the 1991 Senate Judiciary Committee! It seems to show that Senators Grassley and Leahy, and other notables, were at least aware of the genesis of Senator Kennedy's legislative interest in the EB5 Program. We were also there; we're old!

The process of TEA creation must be timely, easily definable and unencumbered by governmental obstructionism. We can correct the dishonesty in the system but additional process slow-downs by waiting months for federal government action will eliminate foreign investment and investor interest in the Program.

Although I wanted to show that some of the original uses of stacked or shared Census Tract arrays have been in place since the Program’s inception, it is more interesting that 25 years later some of the same Legislators who had worked with Sen. Kennedy in 1990-1993 to approve the Act and EB-5 Program, are still there and now seemingly surprised by how the EB-5 process evolved over recent years from total bipartisan acceptance to a political “hot potato”.

Not totally surprising, the questions being asked about the Program today are the same ones that were also raised 25 years ago; i.e.: "selling of visas to the wealthy" and TEA creation limitations. These were two of the reasons (among others) that prompted Sen. Kennedy et al to add the RC Pilot Program to the mix in 1991-92.  This action was as much for the quelling of some participant objections as it was to make the Program more "user" friendly.

I guess the new and past bipartisan Congresses which had seemed to rally around the perceived successes in Vermont, the Dakotas, California and other states since 2007 could not conceive of possible business failures or fraudulent use of investor funds!

In all cases, we have to be vigilant and responsive to good and bad Program related issues. If we had just adjusted as an industry to common sense methods of self-regulation, we may be in better condition today.  Example: Many US funded Programs (including CDCs) receive routine Department site visits and audits. Could we have caught some of the “rascals” sooner, before they were able to set back or take down the Program?

We were wrong and nonchalant toward Program maintenance and oversight. We stakeholders and Congress may have, again, led ourselves toward huge numbers of lawsuits, program shut downs or slowdowns, however a much needed and overdue Pilot Program overhaul is one positive result of the current condition we find ourselves.

This unique EB 5 visa Program got out of hand while we were slapping ourselves on the back for perceived successes when some improbable Program related " scalawags " took advantage of all of us and a really great economically stimulating program.

We should have learned from our own industry’s “history"; yet my sentiment is still,  "Correct don't Destroy" one of the best taxpayer-friendly job creation programs ever.

Kurt Reuss is the founder of eb5Marketplace.com. He is a registered securities broker working exclusively in EB-5.